Paul Henderson was a photojournalist who worked for the Afro-American newspaper and photographed civil rights activities, sports, street scenes, politicians, and countless unidentified people. Over 7,000 of his photographs are held at the Maryland Historical Society (MdHS) in Baltimore, Maryland. The exhibit Paul Henderson: Baltimore’s Civil Rights Era in Photographs, ca. 1940-1960 is on display at MdHS indefinitely and the reference photos of the original negatives are available to the public in the Special Collections Department in the MdHS library. The Henderson Collection finding aid can also be found on the MdHS website.

Through Henderson’s photos, this blog asks the question, “What was life like in Maryland for the African American community during the Civil Rights Era?” Browse through the articles about people, places, and events below or the Galleries pages to get an idea.

Transcript:
I think it’s a false assumption that negro progress has been born on the shoulders of a few people. And this is why I shun myself and [?] the leadership role, visible leadership role when it comes to being printed up in the press as a leader. Because I think it’s a false assumption on the part of any person to believe that he or she is the leader. We are participants of a process and the process is continuing. And it never ends. And isn’t going to end until everybody’s free. 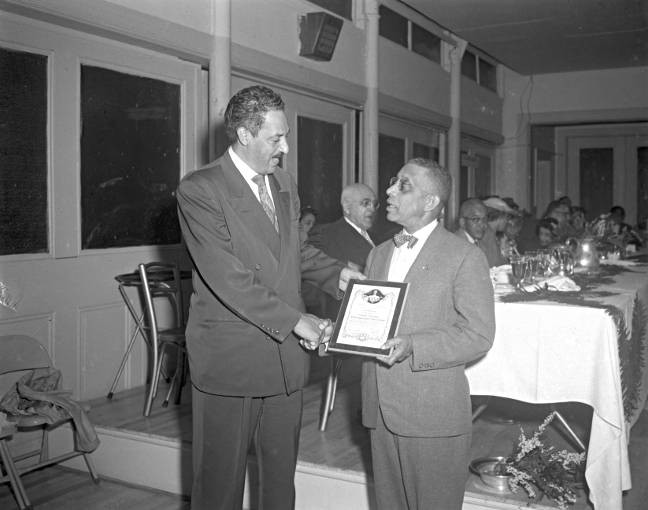 Before Baltimore native Thurgood Marshall (1908–1993) became the first African American U.S. Supreme Court justice, he was a lawyer directing legal operations for the NAACP from 1940 to 1961. Known for many of his great accomplishments during the struggle for civil rights, his most noted are the Murray v. Pearson (1936) and Brown v. Board of Education of Topeka (1954). In the former case, Marshall, along with Charles Hamilton Houston broke the walls of segregation in 1935 when they secured the admission of Donald Gaines Murray to the University of Maryland School of Law, which before then denied admission to African Americans. The former and most well-known Marshall case was a landmark decision that decreed separate public schools for African American and white students was unconstitutional in 1954. 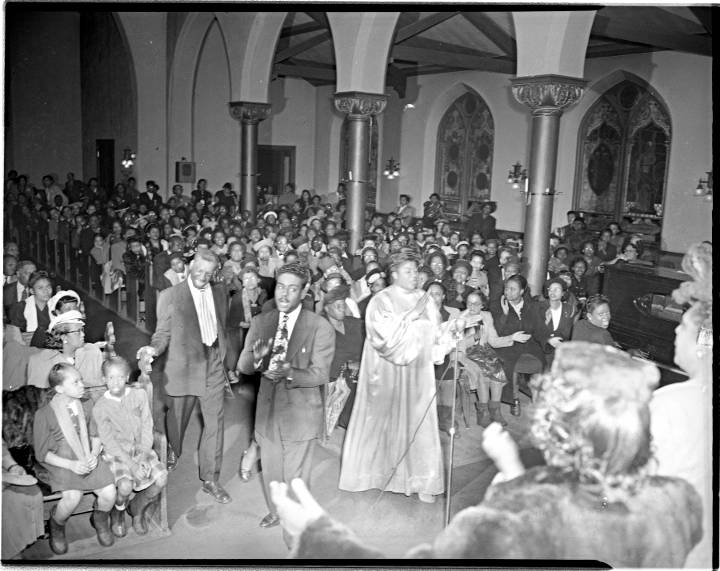 Gospel singer Mahalia Jackson (1911-1972) became involved with the Civil Rights movement during her friendship with Dr. Martin Luther King, Jr. She sang at the Prayer for Pilgrimage for Freedom civil rights rally in 1957 on the third anniversary of Brown v. Board decision, and just before Dr. King’s “I Have A Dream” speech in 1963.

Who or Where? Do you know the name of the Baltimore church in this photograph? If so, please fill out the online Henderson Collection ID Survey. 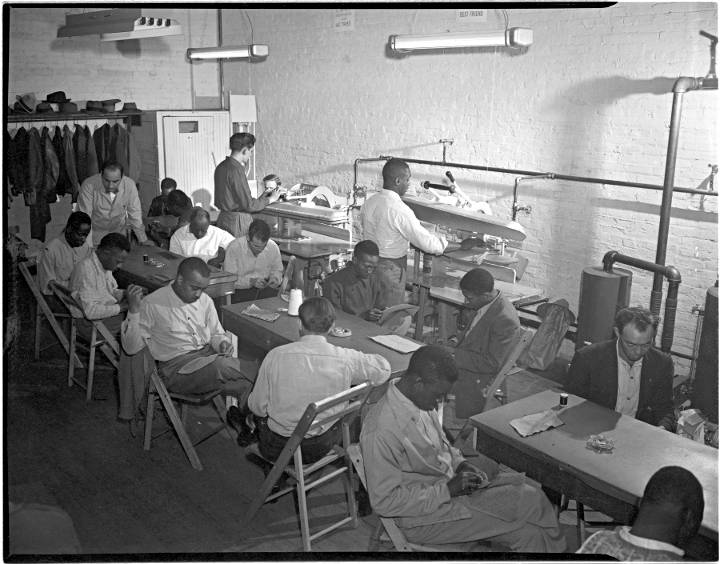 Established circa 1925, George Washington Carver Vocational [Technical] High School was the first vocational center established in Baltimore that was open to Black students. 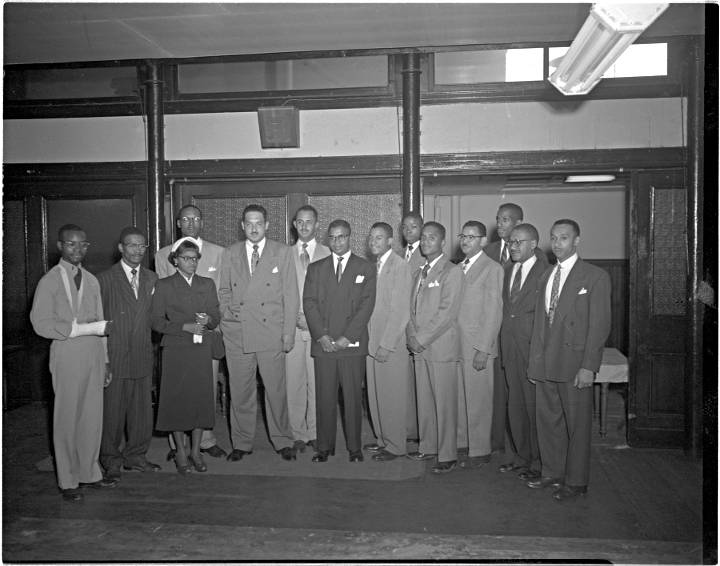 Although fully qualified, Esther McCready (third from left) was denied admission to the University of Maryland School of Nursing solely because of her skin color. Seen here with her attorneys, Thurgood Marshall (fourth from left) and Donald Gaines Murray (second from right), McCready sued the university for admission based on the argument that she was not provided “equal protection under the law” (McCready v. Byrd, 1949) and forced to pursue her education out-of-state where Blacks were accepted while her white counterparts were being trained in state. On April 14, 1950, the Maryland Court of Appeals ruled in McCready’s favor. More information about those pictured below.

Ms. McCready was a special guest at the program that accompanied the Paul Henderson exhibition opening (February 23, 2012): 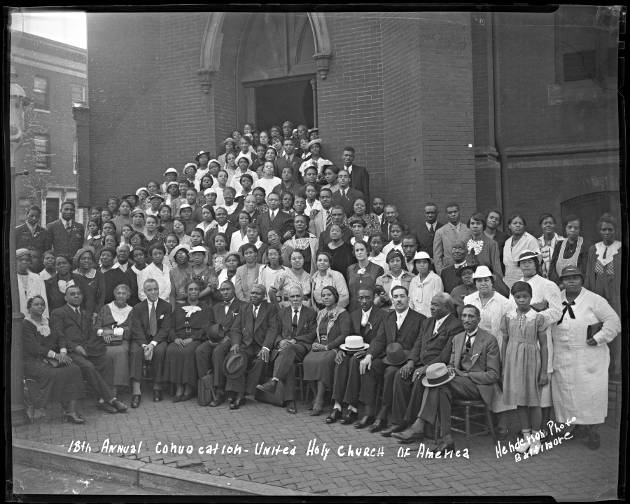 The Black church is considered to be the focal point of the community’s social, political, and cultural life. Typically associated with collective action by Blacks, the church created a community of support, spiritual guidance, and other groups. Parishioners of Black churches throughout history took the lead in organizing their congregations in civil rights and political actions as well as spiritual revival.

Presumably, the couple depicted are Daniel Siegel and his wife Ruth, who operated Danny’s Shoe Store from circa 1942 through circa 1948. Danny’s, next to Chen-Yu Beauty Salon, was located within walking distance from Pennsylvania Avenue and Henderson’s home on McCulloh Street.

PAUL HENDERSON
Create a free website or blog at WordPress.com.